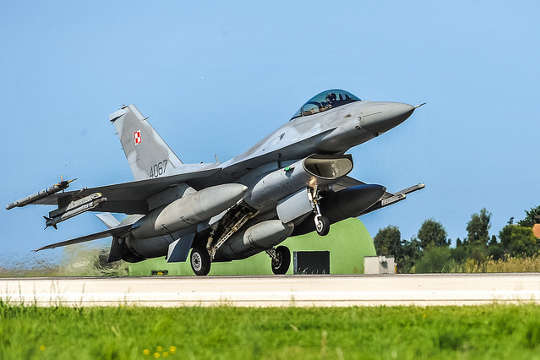 NATO and its allies opened their largest military exercise in more than a decade on Monday, choosing the central Mediterranean to showcase strengths that face threats from Russia’s growing military presence from the Baltics to Syria.

This sends a very clear message to any potential aggressor,

NATO’s top commander General Philip Breedlove said of the Trident Juncture exercises and the testing of a new rapid-reaction force.

“Any attempt to violate the sovereignty of one NATO nation will result in the decisive military engagement of all NATO nations,” Breedlove said, before donning flight gear to oversee a fly-over of dozens of fighter jets and camouflaged helicopters.

But looming over the exercises involving some 36,000 troops, ships and aircraft over five weeks is the issue of how far Russia’s growing military presence from the Baltics to Syria can limit NATO’s ability to move around by sea and air.

From the Baltics, where Russia has a naval base in Kaliningrad, through the Black Sea and annexed Crimea, to Moscow’s intervention in Syria, Russia has stationed anti-aircraft and anti-ship missiles able to cover huge areas.

We are very concerned about the Russian military build-up,

NATO’s Deputy Secretary General Alexander Vershbow told reporters. “The increasing concentration of forces in Kaliningrad, the Black Sea and now in the eastern Mediterranean does pose some additional challenges,” he said.

NATO officials insist the alliance is ready and able to defend any of its 28 allies from any threat, while its combined strength is far greater than Russia’s military capacity. 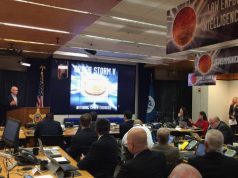