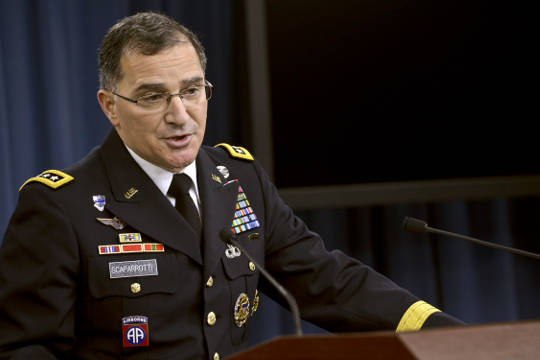 The NATO alliance is getting a new supreme commander, a former top-ranking U.S. military officer in Korea hailed Tuesday by Defense Secretary Ash Carter as a proven warrior-diplomat and “a soldiers’ general.”

Scaparrotti, 60, will be the 18th U.S. officer to hold the post since Gen. Dwight D. Eisenhower became the first NATO supreme commander in 1951.

The commander, by tradition an American general or admiral, is responsible for the overall direction and conduct of NATO’s global military operations. The 28-nation alliance is now confronted by simultaneous security challenges ranging from a resurgent Russia to armed Islamic extremism and a migrant crisis in the Mediterranean.

Today our way of life is at a pivotal moment, as we are encountering numerous threats and strategic challenges,

Scaparrotti said in brief remarks after assuming command at EUCOM.

“General Scaparrotti’s success has come from his ability to build bridges between allies and partners, between diverse elements within our joint force,” said Carter. He called the four-star general a “soldiers’ soldier” who had risen in rank to become a “soldiers’ general.”

Elizabeth Quintana, director of military sciences at the Royal United Services Institute, said Tuesday she expects Scaparrotti to “be much more forthright” when it comes to dealing with the Russians.

The Obama administration has made it clear that in Europe “it is moving from an assurance posture to a deterrence posture,” the London-based expert said.

U.S. forces have shifted primary focus from reassuring NATO partners that they will support them to “overtly stopping or warning Russia that if they try to do anything silly, they will be punished, and that the U.S. and NATO as a consequence will respond,” she said. 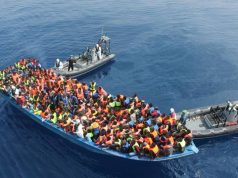 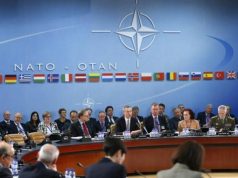