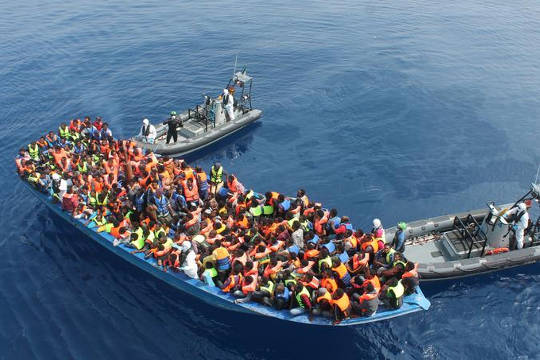 Russia and Syria are deliberately using migration as an aggressive strategy towards Europe, the senior Nato commander in Europe has said.

US Gen Philip Breedlove said they were “weaponising” migration to destabilise and undermine the continent.

He also suggested that criminals, extremists and fighters were hiding in the flow of migrants.

Migrants are continuing to accumulate in Greece, after Macedonia stopped allowing more than a trickle through.

On Wednesday it allowed around 200 Syrian and Iraqi refugees to cross, with thousands still stuck on the Greek side of the border.

New figures suggest last year’s total of one million seaborne migrants arriving in Europe could be matched well before the end of the year.

The crisis has caused tensions to surge, with Greece struggling to cope with the influx and the European Commission criticising Macedonia for using tear gas on a crowd of migrants on Monday morning.