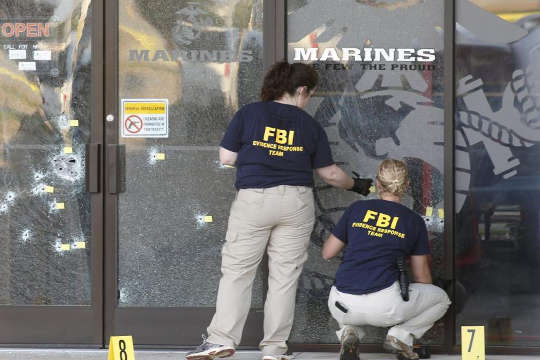 Security at military recruiting and reserve centers will be reviewed in the aftermath of the deadly shooting in Tennessee, but it’s too early to say whether the facilities should have security guards or other increased protection, the Army’s top officer said Friday.

A day after a gunman shot and killed four Marines and wounded three other people in Chattanooga, Gen. Ray Odierno, chief of staff of the Army, told reporters that arming troops in those offices could cause more problems than it might solve.

I think we have to be careful about over-arming ourselves, and I’m not talking about where you end up attacking each other,

Odierno said during a morning breakfast. Instead, he said, it’s more about “accidental discharges and everything else that goes along with having weapons that are loaded that causes injuries.”

Tucked in strip malls in small rural communities and in high-traffic city spots like New York’s Times Square, military recruiting and reserve stations are designed to be open and welcoming to the public.

The troops inside aren’t allowed to carry weapons. The ban is largely due to legal issues, such as laws that prohibit the federal government from using the military for domestic law enforcement, so troops don’t routinely carry guns when they are not in combat or on military bases.

“We’re always going to be somewhat vulnerable to a lone wolf, or whatever you want to call it, a surprise shooter, because we are out there with the population and that’s where we have to be,” said Odierno.