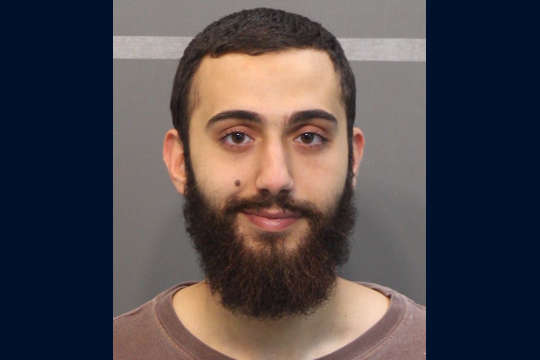 Five people were killed on Thursday including a suspected gunman who opened fire at two military-related facilities in Chattanooga, Tennessee in an attack local officials described as brazen, brutal and an act of “domestic” terrorism.

CBS News quoted two law enforcement officials as saying the suspect was 24-year-old Muhammad Youssef Abdulazeez. No motive has yet been given. The suspected shooter, who has not been officially identified, is believed to have lived in the area and acted alone, local police said.

The other four killed were Marines at a Naval Reserve Center, a military official said in Washington, DC.

We are treating this as an act of domestic terrorism,

said Bill Killian, the U.S. Attorney for the Eastern District of Tennessee, adding that no official determination of the nature of the crime had yet been made.

The suspect, seen driving in an open-top Mustang, is believed to have first gone to a joint military recruiting center in a strip mall, and peppered the facility with gunfire. No one was injured in the attack.

The gunman then drove off to a Naval Reserve Center about 6 miles (10 km) away, fatally shooting the four Marines before being fatally shot himself in a firefight with police.

Three others were wounded in the attacks, including a police officer and a Marine. The shootings began at about 10:45 a.m. local time and ended about 30 minutes later.