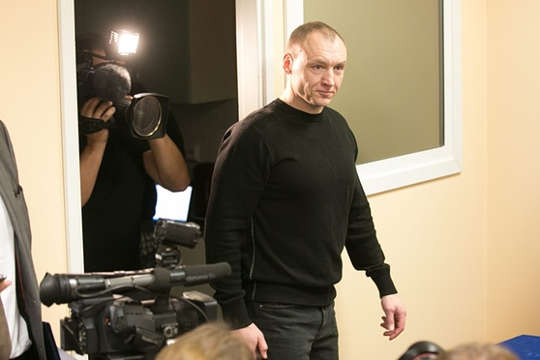 Russia has freed an Estonian officer jailed for spying last month, exchanging him for a Russian spy in a cold war-style bridge swap just days before President Vladimir Putin’s visit to the US.

Eston Kohver, who was sentenced in August to 15 years in a Russian prison on espionage and other charges, was exchanged for Aleksei Dressen, a former Estonian security official serving a 16-year sentence for spying for Moscow, Russia’s FSB security service said in a statement.

The swap took place on Saturday on a bridge over the Piusa river that separates Russia’s western Pskov region and Estonia’s Polva county, after which Kohver was taken to Tallinn to make a statement before taking a “vacation” to be reunited with his family.

“I am happy to be home again,” said Kohver, looking well and even cracking jokes after speaking to his wife on the phone. “I would like to thank everyone who helped my family cope.”

Estonia’s top officials welcomed the release with an outpouring of praise and support. Ilves called Kohver a “tough and loyal” officer in a statement to the press, and Hanno Pevkur, the Estonian interior minister, said he was a “very strong man”.