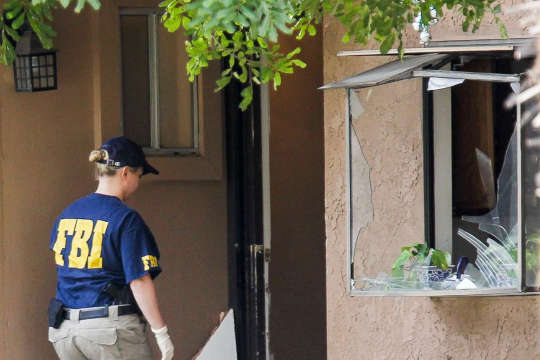 The suspected killer wife, using an alias on social media, pledged her allegiance to al Baghdadi in the hours before the massacre, sources tell ABC News.

Tashfeen Malik and her husband Syed Farook were identified by police as the two shooters in the San Bernardino attack that left 14 people dead and 21 others injured on Wednesday.

The FBI does not have evidence yet that ISIS directed or financed this plot. So far this massacre can be categorized as at least in part inspired by ISIS, though workplace issues may have been involved as well.

FBI Director James Comey has been warning for months that ISIS has engaged in an unprecedented social media campaign urging people worldwide and here at home to “kill, kill, kill.”

Malik, 29, who is from Pakistan but had lived in Saudi Arabia, came to the U.S. last summer on a “fiancé” visa and later obtained a Green Card, U.S. officials have said. Malik married Syed Rizwan Farook, an American of Pakistani descent, in August 2014 and the couple a baby daughter just six months ago.