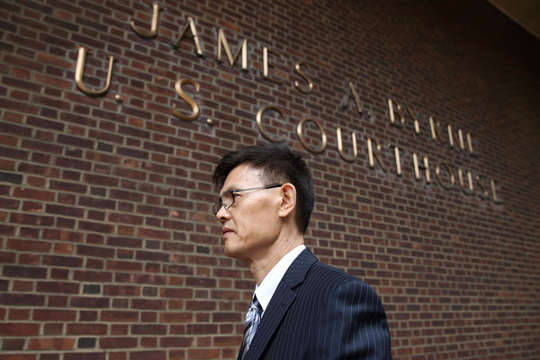 Xi Xiaoxing, a Temple University professor who had been accused of spying for China, will no longer face federal charges.

The Justice Department said Friday that it was dropping its case against the 57-year-old physicist upon becoming aware of “additional information.”

Prosecutors charged Mr. Xi with four counts of wire fraud in May after an investigation led officials to believe that the professor had been plotting to share an American company’s superconductor technology with associates in his native China.

He pleaded not guilty a month later, and in August provided U.S. attorneys in with affidavits from world-renowned physicists who said the evidence against Mr. Xi had been misunderstood.

Mr. Xi, a naturalized American citizen, had initially been accused of exploiting the semiconductor research “for the benefit of third parties in China, including government entities.” But his lawyer, Peter Zeidenberg, said prosecutors had failed to fully understand the emails between his client and colleagues, which actually involved a different type of technology.

“It is an extremely technical area,” Mr. Zeidenberg told the Philadelphia Inquirer.

“We found what appeared to be some fundamental mistakes and misunderstandings about the science and technology involved here,” he added to the Wall Street Journal.

Speaking to The New York Times, however, Mr. Xi didn’t come off so delighted.

I don’t expect them to understand everything I do,” he told the paper. “But the fact that they don’t consult with experts and then charge me? Put my family through all this? Damage my reputation? They shouldn’t do this. This is not a joke. This is not a game