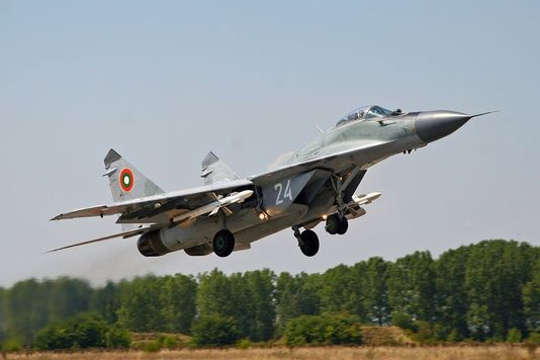 Bulgarian Defence Minister Nikolay Nenchev and his Polish counterpart Tomasz Siemoniak signed a letter of intent to modernize and service six of Bulgaria’s Mikoyan MiG-29 fighter jets during the latter’s visit to Sofia.

“Bulgaria indicates that its ally and friend, Poland, is its partner to repair and modernize its MiG-29 aircraft,” Siemoniak said.

The contract is to be carried out by Poland’s state-owned WZL 2 Bydgoszcz and WZL 4 Warsaw plants, which are part of the Polish Armaments Group.

The aircraft are to be upgraded by the end of 2016. The move is designed to decrease Bulgaria’s dependency on Soviet- and Russian-made gear. Speaking to Reuters on July 6, Nenchev said Sofia “will do everything possible to reduce our dependence on Russia“.

The deal was signed despite opposition by representatives of Russia’s state-run RKS-MiG, the aircraft’s manufacturer.

In July, Alexander Alexandrov, who represents RKS-MiG in the Bulgarian market, told local daily Pressa that Poland “does not have the license to repair and extend the life of the engines of MiG-29 fighter jets.”