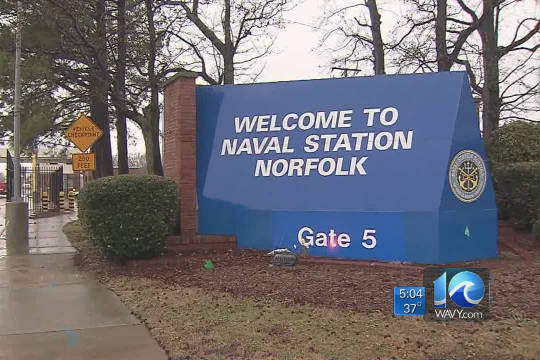 Espionage charges have been filed by the U.S. military against a Taiwan-born Navy officer accused of sharing national defense secrets with a foreign nation.

Although a heavily redacted charge sheet dated Friday names neither the serviceman nor the country he’s alleged to have aided, U.S. officials identified him as Lt. Cmdr. Edward C. Lin, USNI News reported on Sunday.
Lin is currently assigned as a commander for the Navy’s Patrol and Reconnaissance Group in Norfolk, and he has been in pretrial confinement for eight months, military sources told USNI. He had traveled to the U.S. with his family at the age of 14 and joined the military after becoming a naturalized U.S. citizen, according to Navy accounts published previously.

The charging document said the alleged spy shared “secret information relating to the national defense [of the U.S.] to a representative of a foreign government” that was supplied “with intent or reason to believe it would be used to the advantage of a foreign nation.”

Additionally, military prosecutors have charged the serviceman with hiring a prostitute, committing adultery, not disclosing foreign travel to the U.S. government as required and lying about it after the fact.