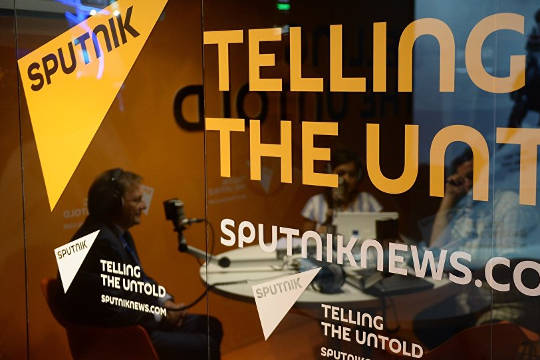 Latvian authorities have shut down the local version of Russian pro-Kremlin news website Sputnik, drawing an immediate rebuke from Moscow.

The Latvian domain of the Russian-owned news site Sputniknews.lv was shut down by the local domain registry after the foreign ministry said the site could represent a breach of EU sanctions on Russia.

“The Foreign Ministry (…) has drawn the attention of the responsible authorities to the fact that registration of domain name Sputniknews.lv includes a possible violation of a sanction regime imposed by the EU,” the ministry said in an email to Reuters.

The Russian embassy in Latvia said on its official Facebook page that the action constituted “an information war.”

It is a groundless blocking of portal Sputniknews.lv by Latvian authorities,

The local version of Sputnik news service was launched on Feb. 12, aiming to attract readers among Latvia’s large Russian-speaking minority.