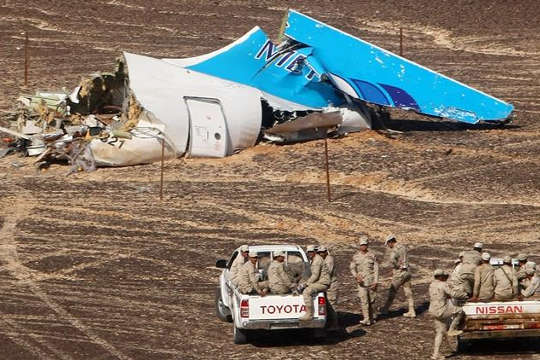 Russia announced Friday it will suspend all flights to Egypt until security is improved at its airports, the first sign of wariness from Moscow after days of resisting British and American warnings that a bomb may have brought down a Russian plane in the Sinai Peninsula last week.

The suspension is a heavy blow to Egypt’s vital tourism industry.

Russian tourists fleeing the cold to flock to Egypt’s beach resorts have helped keep tourism alive after it collapsed across much of the country in the past five years of turmoil.

Moscow’s move will also strand 30,000 to 40,000 Russians currently in Egypt, even as the British government struggled to bring home some 20,000 of its nationals stuck there after it halted flights earlier in the week.

I think it will be reasonable to suspend all Russian flights to Egypt until we determine the real reasons of what happened,

he said in televised comments. “It concerns tourist flights most of all.”

President Vladimir Putin quickly agreed. His spokesman Dmitry Peskov told reporters in Moscow that the suspension would last “until when a proper level of aviation security is in place,” denying it would go on until the investigation was completed.