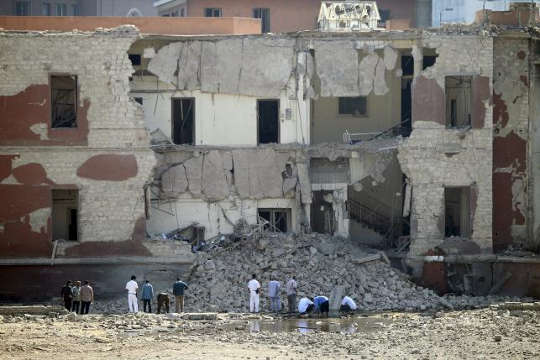 A bomb exploded in front of the Italian consulate in Cairo on Saturday, killing one person, officials said, raising the possibility that Islamist militants will open a new front against foreigners in Egypt.

A security official told Reuters the blast was caused by a car bomb. State news agency MENA cited a senior security source as saying preliminary investigations indicated that a bomb was placed under a car near the consulate and remotely detonated.

There was no immediate claim of responsibility for the early morning blast, which caused heavy damage to the consulate. It shook other buildings downtown and could be heard in several surrounding neighborhoods.

A health ministry spokesman said one Egyptian civilian was killed and 10 wounded. MENA separately said two policemen were among the wounded.

Italy’s Foreign Minister Paolo Gentiloni said there were no Italian victims in the blast. “Italy will not be intimidated,” he said on Twitter.