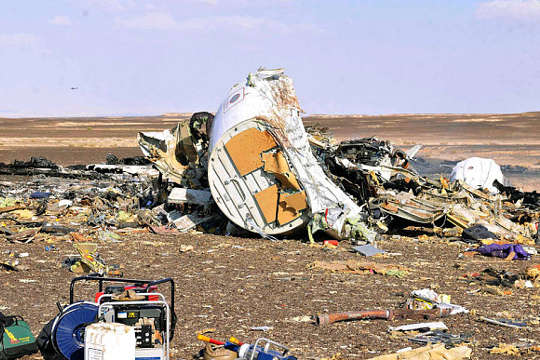 A bomb planted by the Islamic State or an affiliated group likely brought down the Russian passenger jet that crashed in Egypt’s Sinai peninsula Saturday morning, according to a U.S. official with knowledge of the incident.

CNN reported that the official, who remained anonymous, said that the intelligence community has not yet reached a formal conclusion on the involvement of terrorists in the plane crash.

He said intelligence officials made the assessment by reviewing intelligence gathered before and after the Metrojet airliner came down in Egypt, the crash killing all 224 people aboard. The official said that before the crash “there had been additional activity in Sinai that had caught our attention”

A second U.S. official stated that the intelligence involving the Islamic State (IS, also known as ISIL or ISIS) is partially based on internal messages from the terror group.

The Islamic State affiliate in Egypt publicly claimed responsibility for downing the passenger jet on social media over the weekend.

British Prime Minister David Cameron’s office said Wednesday that evidence suggests the plane may have been brought down by a bomb.