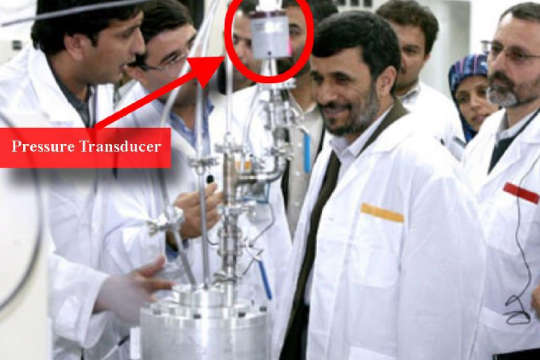 A Chinese national pled guilty to scheming to supply Iran with sensitive nuclear technology from 2009 to 2012, according to the FBI.

The transfer of this technology shows that Iran has been interested in pursuing nuclear weapons grade material in recent years during the same period when it claimed its nuclear program was purely for peaceful purposes.

Sihai Cheng, a 35-year-old Chinese national, pled guilty last week in U.S. district court to two counts of conspiring to commit export violations in order to “smuggle goods from the United States to Iran,” according to the FBI.

The nuclear technology was exported from the United States to China, where Cheng then removed U.S. markers in order to conceal his crime.

Pressure transducers are used to enable centrifuges to enrich uranium to a level required to fuel a nuclear weapon.