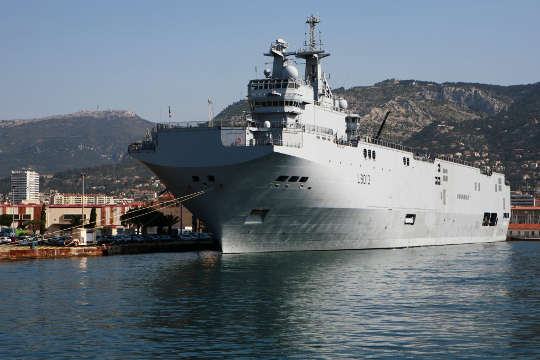 No decision has yet been taken on the future of France’s suspended contract to deliver Mistral helicopter carriers to Russia, French President Francois Hollande said on Friday after meeting Russian President Vladimir Putin.

“As far as the Mistral is concerned I have set the terms. Either the Mistral is delivered, which is not our decision as of today, or a repayment will be made in the form we have discussed,” Hollande said at a news conference after the meeting in Yerevan, Armenia.

Earlier on Friday a Russian source close to the talks said Russia and France were close to an agreement for Paris to cancel the contract and reimburse Moscow.

Late on Friday, Kremlin spokesman Dmitry Peskov confirmed that the two leaders had talked about the Mistral.

“In this case, there are no problems,” Peskov told journalists on a conference call, without elaborating.