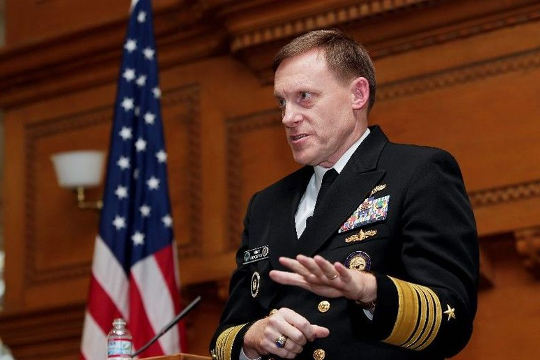 While Mr. Obama and Chinese President Xi Jinping agreed in September to stop stealing trade secrets from the computer networks of foreign companies, the spy chief said during a Senate Armed Services Committee hearing that U.S. entities are indeed still under attack. Nevertheless, Admiral Rogers told lawmakers that the “jury is still out” with respect to whether China has explicitly broken its promise.

We continue to see them engaged in activity directed against U.S. companies

“The question I think we still need to ask is, is that activity then in turn shared with the Chinese private industry?” Adm. Rogers said during the hearing early Tuesday.

In the wake of the massive U.S. Office of Personnel Management breach that’s been widely blamed on Chinese hackers, officials in Washington had reportedly been weighing whether to impose sanctions against Beijing last year before Mr. Xi visited the White House and agreed to curb attacks aimed at U.S. targets.

“The United States government does not engage in cyber economic espionage for commercial gain, and today I can announce that our two countries have reached a common understanding on a way forward,” Mr. Obama said when he touted the supposed cyber agreement reached between nations.

Adm. Rogers, who also leads the U.S. Cyber Command, confessed during Tuesday’s hearing that Chinese hackers are indeed believed to still be attacking U.S. networks, but it’s not clear yet if trade secrets are being stolen for Beijing’s economic benefit.