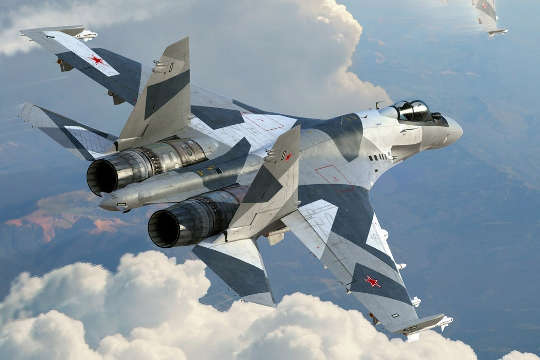 The Russian military has beefed up its air group in Syria with state-of-the art fighter jets amid tensions with Turkey.

Russian Defense Ministry spokesman Igor Konashenkov said Monday that Su-35 fighters have been deployed to Hemeimeem air base in Syria. Konashenkov on Monday didn’t say how many Su-35s had been sent to Syria, but Russian media reports said there were four of them and state television showed them parked in Hemeimeem.

The Kremlin says its planes have struck the Islamic State group and other extremists, but the U.S. and its allies have accused Russia of also targeting moderate opposition groups.

Konashenkov said that all Russian strike aircraft are now being accompanied by Russian or Syrian fighter jets.

Russia added fighter escorts after a Turkish fighter jet downed a Russian bomber at the border with Syria on Nov. 24.